The main developments in Serbian State aid during 2018, in eight short questions and answers:

1. How active was the Serbian State aid authority?

During 2018, the Serbian State aid watchdog – the Commission for the Control of State aid – rendered 59 decisions in total. This is up from 39 State aid decisions rendered last year.

In 58 instances the Commission cleared the examined aid while in one case it established that there was no State aid involved. The watchdog is still to issue its first incompatibility decision. 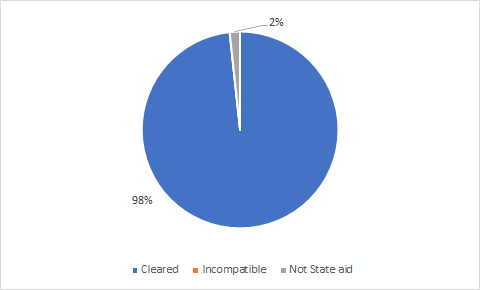 A majority of State aid decisions, 47, were rendered after ex ante proceedings. That leaves 12 decisions which were rendered in an ex post procedure. 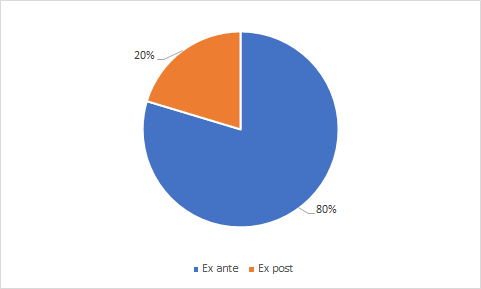 3. What was the total amount of approved aid?

4. What was the highest amount of approved aid?

Individually, the highest amount of cleared aid was investment support scheme notified by the Ministry of Economy. The total amount of the approved scheme was approx. EUR 110 million.

5. Were there more schemes or individual aid? 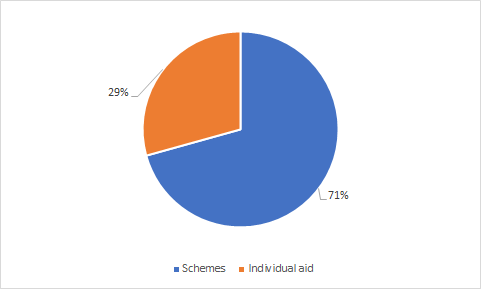 6.What was the State aid instrument most commonly used?

7. Who featured as the grantor of State aid?

During 2018, State aid was most commonly (in 68% of cases) granted by local self-government units. In addition, aid was awarded by ministries in 22% of cases while the provincial government and other grantors each awarded aid in approx. 5% of cases. 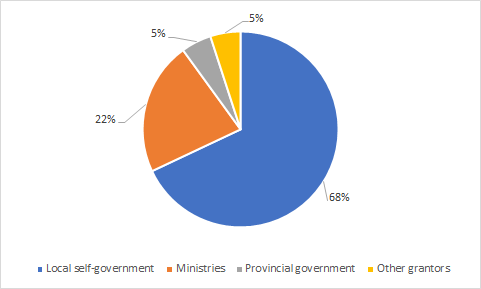 8.Which category of State aid dominated? 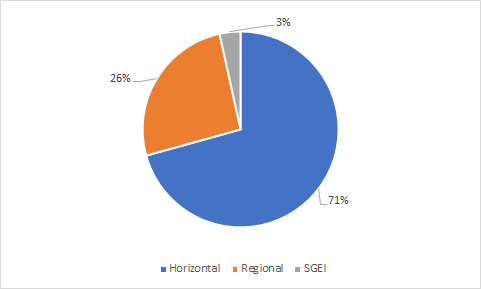 The picture is a bit different when we consider the amounts of cleared aid – then regional aid dominates, followed by services of general economic interest, while horizontal aid is the last in line. 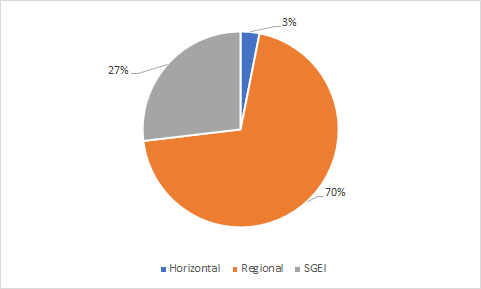 If you are interested in State aid developments in Serbia, Montenegro, Bosnia and Herzegovina, and Macedonia (FYROM), please feel free to sign up to our competition newsletter.