What were the main traits of merger control in Serbia in 2019? Doklestic Repic & Gajin competition team has crunched the numbers to find out.

Serbia is well known as  a jurisdiction with fairly low merger filing thresholds. Due to such thresholds, a large number of transactions get caught in the merger filing net, many of them with little or no connection with Serbia.

The trend has been that the number of transactions notified to (and cleared by) the Serbian competition watchdog – the Commission for Protection of Competition – has been steadily rising. This trend continued during 2019, with at least 159 merger clearances (compared to 158 in 2018). The final number of clearances will likely be even higher – we will see this once the NCA publishes its official annual report. 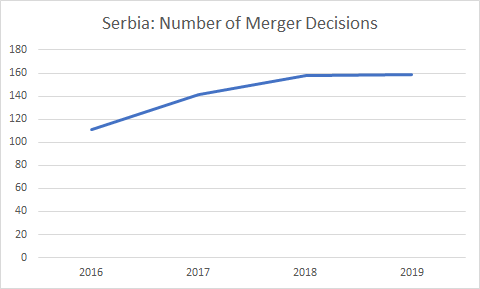 Phase I vs Phase II

As has been the case previously, Phase I merger clearances continue to dominate the merger control landscape in Serbia. Specifically, in 2019, only three merger clearances were the result of Phase II proceedings and the remaining 156 came after a summary (Phase I) proceeding.

Two out of the three Phase IIs in 2019 ended with a conditional clearance – an acquisition in the baking industry and a combination between the leading retailers of consumer electronics in Serbia. Also, there was one unconditional Phase II clearance, in the telecoms sector.

Despite the low number of Phase II clearance in 2019, it is actually higher than in 2018, when the Serbian NCA rendered only one Phase II decision in the area of merger control. 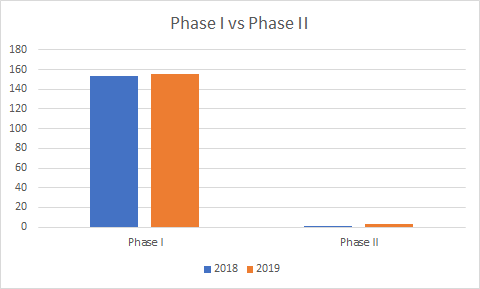 In 2019, almost half of the merger clearances in Serbia pertained to such extraterritorial transactions. The situation was similar last year, which indicates that this is a trend likely to continue in 2020, too. 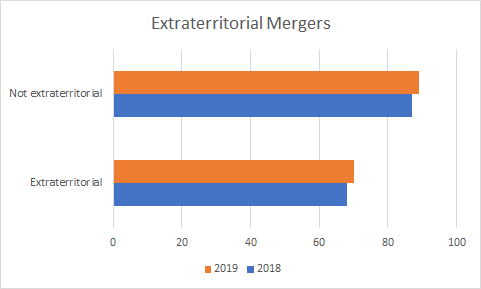 A predominant number of merger clearance decisions in Serbia traditionally pertains to equity (share) transactions. In 2019, around 85% of merger decisions were concerning  share transactions, while the remaining 15% concerned asset and mixed (share and asset) transactions. 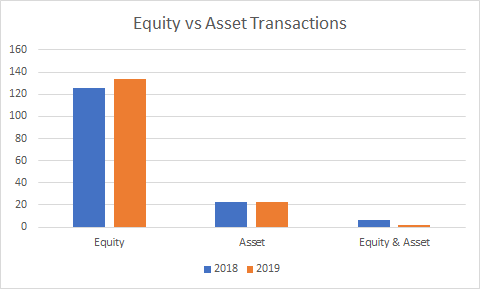 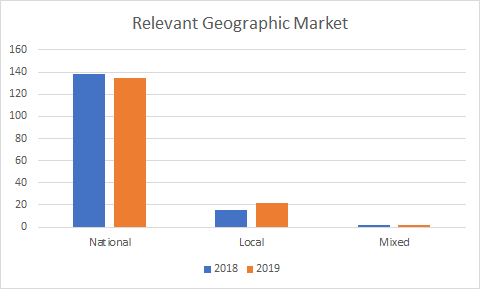 If you are interested in Serbia’s merger control regime, perhaps you would find useful our merger filing app, an innovative way of checking the merger filing thresholds in the Western Balkans (Serbia, Montenegro, Bosnia and Herzegovina, and North Macedonia).