Last year Serbia reached an important milestone: the number of mergers examined by the country’s competition authority has surpassed 1,000. The milestone was reached after a decade of modern competition law enforcement in Serbia. With most of the relevant data publicly available, it is interesting to crunch the numbers and see the main characteristics of the enforcement activity in the field of mergers.

Number of merger decisions revolves around 100

While the exact number of mergers assessed by the Competition Commission changes from year to year, the magic number appears to be 100. In some years the number of examined mergers was less than this, in some more, but it has always been close to it: 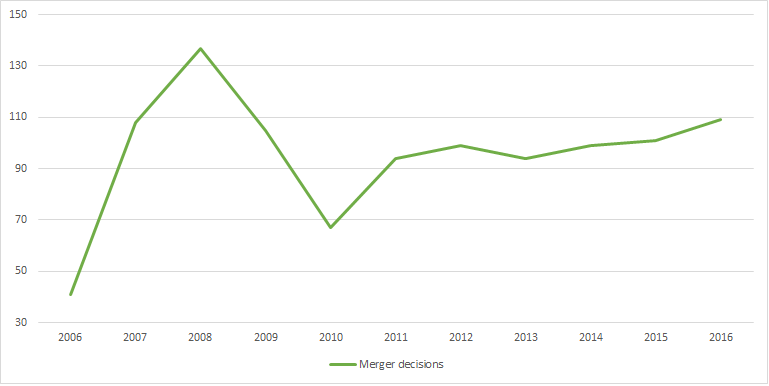 The peak was reached in 2008, when the Competition Commission issued 137 merger decisions. The number of decisions then declined, for two main reasons: 1) the global financial crisis, which caused a decrease in transaction activities worldwide, and 2) the merger notification threshold was changed in 2009, which led to a decrease in the number of notifiable mergers.

Speaking in statistical terms, in the period 2006-2016 the average number of merger decisions per year was 96 while the median was 99.

The Competition Commission can examine mergers in Phase I (summary) or Phase II (in-depth) procedure. The former dominate the competition authority’s practice: 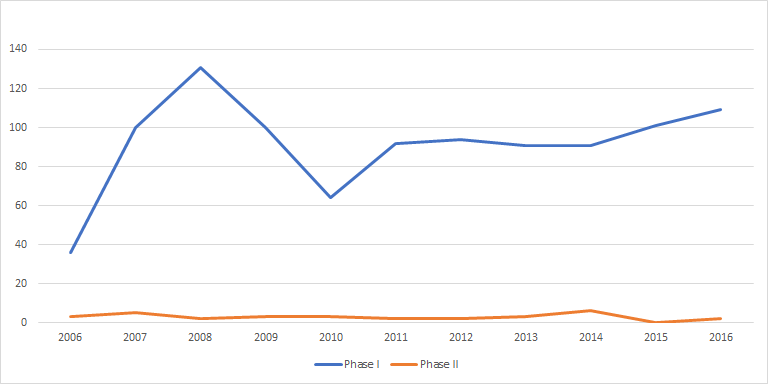 Such a large proportion of mergers cleared in Phase I may also be a sign that the existing merger filing thresholds are set too low, as they catch a large number of transaction which do not raise competition concerns. 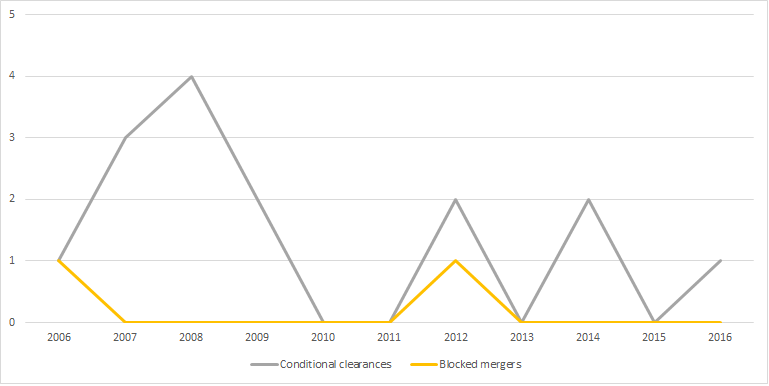 These numbers are interesting not only as a look back to what has been but can also indicate what we can expect in the future. Or what should be changed in the current regulatory framework.