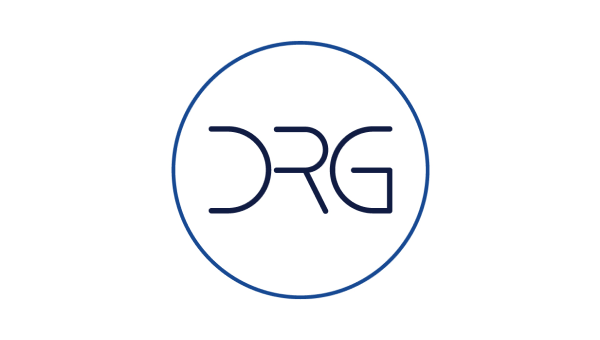 We have looked into the merger control trends in Serbia in the last three years – and some of them may surprise you.

A sharp decrease in the number of merger filings in Serbia

With such low thresholds, the number of merger filings had been rising for years – first reaching 100 a year, and then even revolving around 150 on an annual level. The peak was reached in 2019, when the Serbian competition authority rendered no less than 172 merger decisions.

However, in 2020 came a sharp fall in the number of merger clearances – that year, the Serbian competition authority issued “only” 121 merger decisions, which is a 30% decrease from the year before. 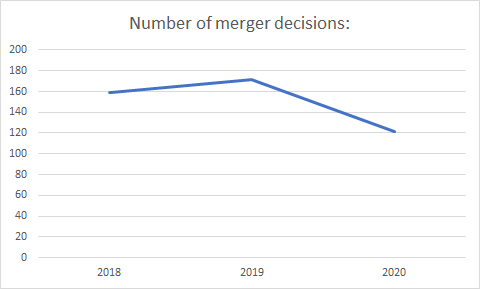 What could be behind such dramatic drop?

In all likelihood, it is the COVID-19 pandemic, which paralyzed much of economic activity in the world during the first half of 2020. Will this trend continue in 2021? Our guess is – not likely. With the economic revival of the global economy, as well as Serbia’s own recovery, the number of transactions, and thereby the number of merger filings, is likely to bounce back to the pre-pandemic levels.

What is more, based on the published merger decisions, in 2019 there were more merger decisions in Serbia concerning foreign-to-foreign transactions than regarding concentrations where the target was present on the Serbian market: 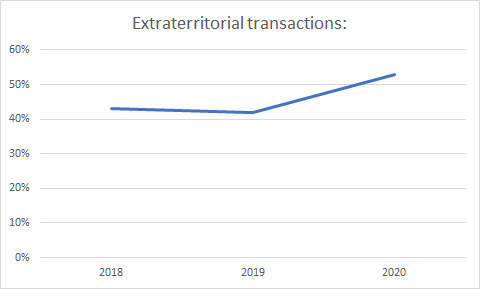 This preponderance of extraterritorial transactions may be another anomaly of the extraordinary circumstances in 2020. That said, as long as the merger filing thresholds in Serbia are set the way there are, and as long as the competition authority interprets them the way it does, it is unlikely that the share of foreign-to-foreign transactions in Serbian merger control will decrease notably.

Finally, in the last three years the trend that the number of Phase I clearances dwarves the number of merger decisions after a Phase II probe has continued. Specifically, in two of the last three years (2018 and 2020, respectively) the Serbian competition authority rendered only one Phase II merger clearance, while in 2019 there were three decisions after an in-depth merger probe: 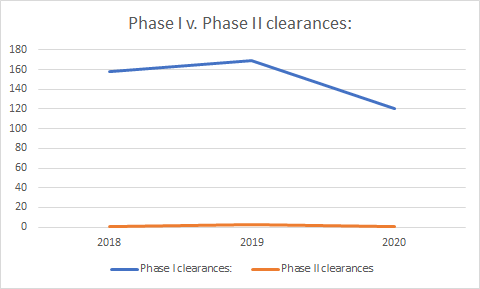 Do these numbers show that the Serbian merger control rules catch a lot of transactions which do not raise any competition concern? Probably. And will this change in the near future? Probably not – in order for this to happen, the merger filing thresholds in the Serbian merger control regime would need to be altered dramatically, and that does not seem to be on the horizon.