With the first quarter of 2018 well behind us, let’s take a look at how merger control activity in Serbia has been playing out.

During the first three months of 2018, the Serbian NCA has published 18 merger decisions. This number may not be definite, as the NCA may subsequently publish some additional decisions from this period. Nevertheless, the number of published decisions is not expected to change significantly compared to what is available now.

Out of these 18 decisions, exactly one half were concerning equity transactions. Asset deals followed closely (two), while two of the examined deals were of mixed, equity and asset, nature. 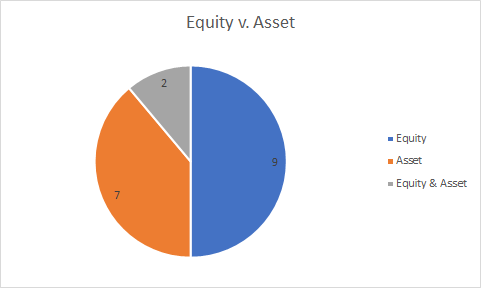 Phase I decisions continue to dominate

Expectedly, Phase I decisions continue to dominate merger control in Serbia, which is a long-term trend. Specifically, out of 18 examined transactions, only one was after a Phase II investigation (Lesaffre’s takeover of Alltech’s Serbian subsidiary), while all the rest were looked at in summary (Phase I) proceedings. 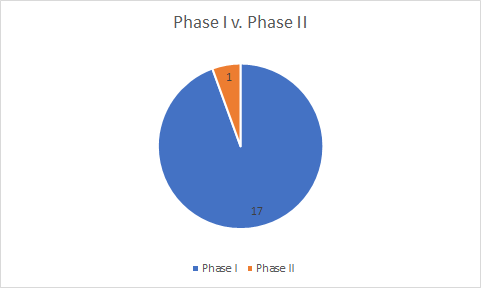 The Serbian NCA has continued with the practice of generally defining the relevant geographic market as national – during the examined period in only one case the geographic element of the relevant market was not national.

Further, the NCA is still avoiding to define the relevant geographic market as anything wider than the territory of Serbia. 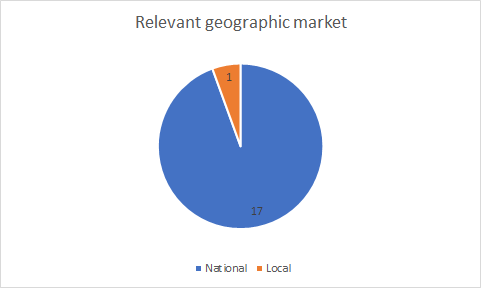 Due to the way merger filing thresholds are set in Serbia, it is fairly easy for extraterritorial mergers, which have no effects in Serbia, to be caught by the merger filing obligation in Serbia (read more about this here). It is for that reason no surprise that during the first quarter of 2018 a majority of examined transactions had no effect on the Serbian market. 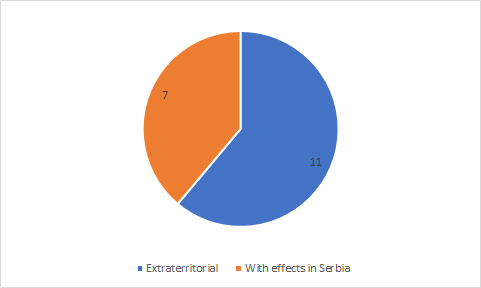 Interested in further updates on Serbian competition law? Feel free to sign up for our monthly competition newsletter.