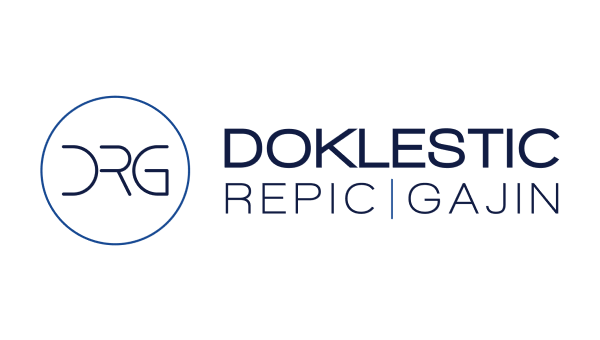 This post will present the main competition law developments in 2021 in four Western Balkan jurisdictions – Serbia, Montenegro, Bosnia and Herzegovina, and North Macedonia. Despite peculiarities in the competition policy of each of the four jurisdictions and their respective national competition authority (NCA), they deserve to be addressed together due to their common background and their joint emulation of EU competition rules.

The journey of Western Balkans towards the EU continues

In 2022, Western Balkan countries have continued their long journey to the coveted EU membership. While that membership may continue to be elusive for some time to come, a positive development occurred last year – in December, the European Council granted candidate status to Bosnia and Herzegovina. This means that, despite the challenges, all Western Balkan countries have now obtained candidate status and are likely to continue the alignment of their respective competition laws and policies with the EU model.

Institutional relationship with the EU has helped Western Balkan countries in the past to benefit from EU expertise and experience in the field of competition policy. One good example is the implementation of twinning projects, where an NCA from the EU shares its expertise with a non-EU counterpart. For instance, one such project brought together the Italian and Serbian NCAs, with the former assisting the Serbian watchdog during a two-year twinning project entitled “Further Development of Protection of Competition in Serbia”.

As has become regular, the focus of the Serbian competition policy in 2022 was on merger control, with also a few interesting antitrust developments.

Due to Serbia’s notoriously low merger filing thresholds, the focus of the Serbian NCA was once again on merger control. While we will know the exact number of merger decisions only once the NCA publishes its annual report for 2022, it is highly likely that the number of merger control decisions will once again surpass 100 (compare this to the number of new antitrust investigations, indicated below). At least from what is publicly available, all notified transactions were cleared in a summary (Phase I) procedure.

And while there were no interesting merger cases from a substantive point of view, there were three new gun-jumping investigations, which always attract attention. Specifically, the NCA is investigating private security company Dobergard for two alleged gun-jumping violations and a company from Delta group for one alleged violation. However, should companies avoiding to file in Serbia be concerned?

At least judging from the previous practice of the Serbian NCA, the answer is – no. Rather, the gun-jumping enforcement in Serbia is more a paper tiger than a serious deterrent for non-filers.

In 2022, the Serbian NCA started three new antitrust probes – two concerning alleged vertical price fixing, and one in the area of abuse of dominance.

The first case related to vertical price fixing is a probe against a local producer of ceramic tiles. The NCA has alleged that the producer had engaged in illegal resale price maintenance (RPM) practices. According to publicly available information, the watchdog came across the contentious agreements while conducting a sector inquiry into the market for ceramic tiles and sanitary ware.

The second vertical case is perhaps more interesting, as it touches upon the tech market. Specifically, the Serbian NCA has started an antitrust investigation against related companies Apcom from Hungary and Apcom Distribution from Serbia, due to a suspicion that they have been fixing the resale prices of “Apple” products in Serbia. As part of the investigation, the NCA carried out unannounced inspections (dawn raids) at four locations. The NCA has alleged that the prices of individual products of the “Apple” brand in Serbia are uniform and also higher compared to the prices in the neighboring countries.

And the only abuse of dominance investigation started in 2022 is also related to technology. Concretely, the Serbian NCA has started an abuse of dominance probe against Glovoapp Technology doo Belgrade (Glovo), which operates a food delivery platform in Serbia. As part of the probe, the NCA also carried out unannounced inspections (dawn raids) on the company’s premises. The NCA suspects that the provisions in the contracts concluded by Glovo with its partners are such that could result in the exclusion of other competitive platforms. The NCA also suspects that certain provisions in Glovo’s agreements may result in discrimination of its partners, through the application of unequal commercial conditions.

All three cases are pending.

Unlike 2021, when Serbia’s state aid authority issued its first state aid incompatibility decision, last year was back to business as usual, as the watchdog continued to clear notified investment aid.

For instance, Serbia’s state aid watchdog has cleared investment aid to Hansgrohe, in the total amount of around EUR 17 million. The aid by Serbian government will consist in direct subsidies and providing Hansgrohe with construction land free of charge. The total value of the investment is expected to be approx. EUR 86.5 million.

In another example, Serbia’s state aid authority cleared investment support to Henkel by the Serbian government. The state assistance relates to the expansion of Henkel’s production site in the town of Kruševac. The total value of the project is EUR 45 million and the amount of state assistance EUR 4.5 million.

In other developments, the Serbian NCA concluded four new sectoral inquiries in the last year – concerning intercity bus transportation, distribution of ceramic tiles and sanitary equipment, primary school textbooks, and courier services, respectively. Since such inquiries often precede antitrust investigations in the analyzed sector, those markets are something to keep an eye on in 2023.

In Montenegro, 2022 was characterized by the appointment of a new leadership of the NCA, new antitrust investigations, and a high level of merger control activity.

Probably the most development in Montenegro’s competition law and policy in 2022 was the appointment of a new leadership of the country’s competition authority The new director of the Montenegrin NCA is now Mr. Nebojša Jovović, who replaced Ms. Lepa Aleksić in that position. In addition, the posts of three members of the Council, the governing body of the NCA, were also appointed last year. The new Council are members are: Mr. Dragan Damjanović (who is now the head of the Council), Ms. Plana Karadžić, and Ms. Lepa Aleksić (the former acting director of the NCA).

Since 2023 will be the NCA’s first full year with new leadership, it will be interesting to see how Montenegro’s policy will evolve.

During 2022, the Montenegrin NCA started two new antitrust probes, both in the area of restrictive agreements and both for alleged horizontal collusion.

While the Montenegrin NCA started only two new infringement cases in 2022, the watchdog rendered as many as 10 new individual exemption decisions. (As a reminder, Montenegro still has a system of individual exemption based on prior notification to the competition authority). The exempted agreements came from a variety of sectors and here we mention just a couple of more interesting ones.

For instance, the Montenegrin NCA has individually exempted an exclusive distribution agreement between Irish company Diageo Ireland Unlimited Company and Montenegrin company Trebjesa Nikšić (part of Molson Coors group). The agreement pertains to the distribution of Guinness, Kilkenny and Hop House 13 brands in Montenegro. The exemption is valid until the end of 2026. And, in another case, the NCA individually exempted for a period of five years an exclusive agreement for the bottling of Pepsi Cola, entered into between PepsiCo, Inc. (USA) and Knjaz Miloš a.d. (Serbia).

As is the case with Serbia, Montenegro also has extremely low merger filing thresholds, which can be triggered even the target is not at all present in Montenegro. For that reason, a large number of transactions get notified to the Montenegrin NCA each year.

For instance, in 2021 the Montenegrin NCA issued as many as 70 merger decisions. And in 2022 that number fell to 61. Could this be the start of a new trend?

We can only wait and see. In any case, my money would not be on that, as this is likely just a blip. Also, the number of 2022 merger decisions could rise if the NCA would subsequently publish additional cases.

In Bosnia and Herzegovina, the last year was characterized by the appointment of the new head of the NCA, continuing antitrust enforcement, and a moderate level of merger control activity.

NCA gets a new head

Bosnia and Herzegovina is one of the countries in the region that in 2022 got a new head of the NCA. Specifically, as of 1 June 2022, the Council of Ministers of Bosnia and Herzegovina appointed Mr. Nebojša Popić to the leadership role in the country’s NCA. According to Bosnian competition legislation, the Council of Ministers each year appoints the competition watchdog’s head, who is in charge of coordinating the work of the authority during his tenure.

In the antitrust sphere, the most important legal development in 2022 was that the Bosnian NCA published its dawn-raid guidance. In the document, the NCA set out how it collects information and documents on the party’s premises during antitrust investigation. It remains to be seen whether this publication means that the NCA will use its investigatory powers more often in the year that has just started.

Apart from issuing the said guidance, the Bosnian NCA also rendered several antitrust decisions in 2022. These can be broadly divided into two groups – antitrust investigations and individual exemption decisions (similarly to Serbia and Montenegro, respectively, Bosnia and Herzegovina also has a system of individual exemption of restrictive agreements based on prior notification to the NCA).

As for antitrust investigations, the previous trend has continued, in that all of the initiated antitrust proceedings were started upon request by the complainant rather than ex officio by the NCA. It seems, therefore, that quasi-private antitrust enforcement is alive and well in Bosnia and Herzegovina.

Compared to its neighbors in the region, last year as well Bosnia and Herzegovina had much less merger control cases. Specifically, the NCA announced the receipt of only 12 merger filings during the entire year and the total number of decided cases is probably similar. In that sense, it appears that the Bosnian merger filing thresholds, which can generally be triggered only where the target is present on the Bosnian market, are a good way of reducing the number of no-issue transactions which end up before the NCAs of countries such as Serbia, Montenegro, and North Macedonia.

Finally, unlike a busy year on the merger control front, the North Macedonian NCA issued just one antitrust decision in 2022, finding illegal certain provisions of a franchise agreement between a North Macedonian franchisor and its franchisees. Interestingly, the NCA in the end did not impose any fine on the infringing company, as it did not generate any turnover during the relevant year.